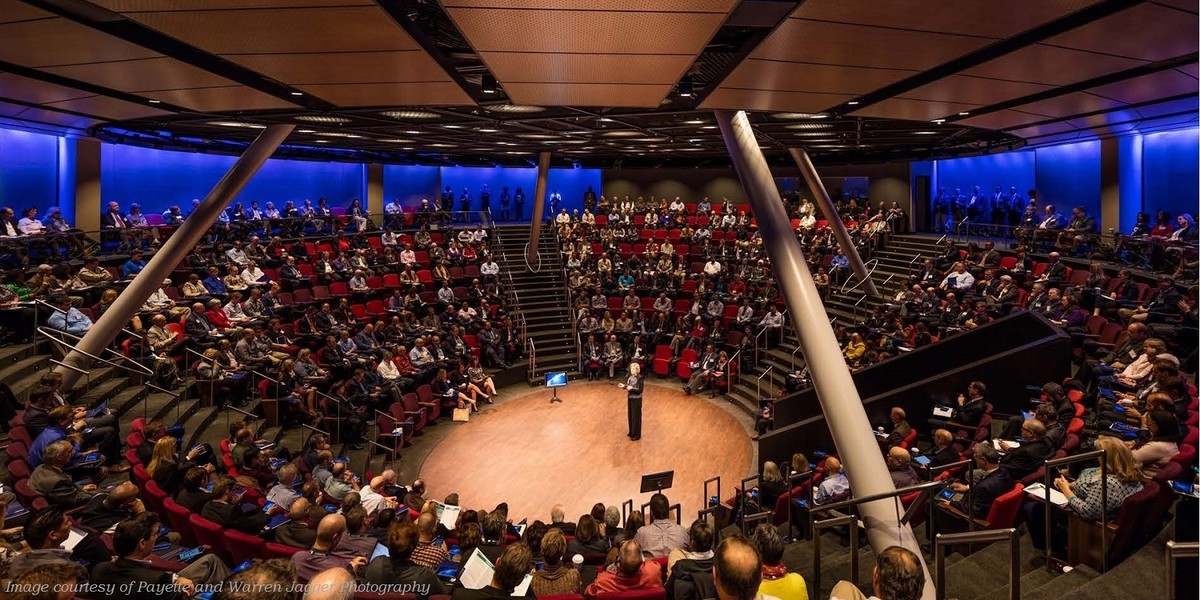 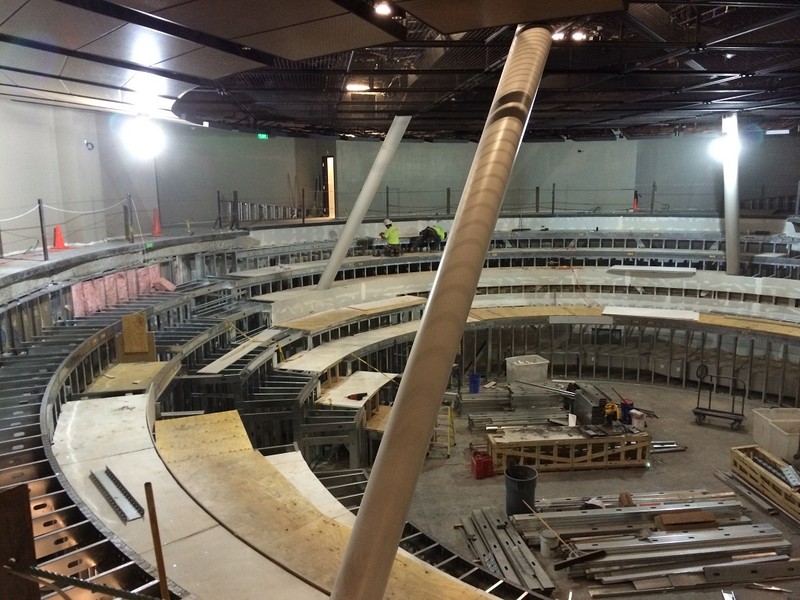 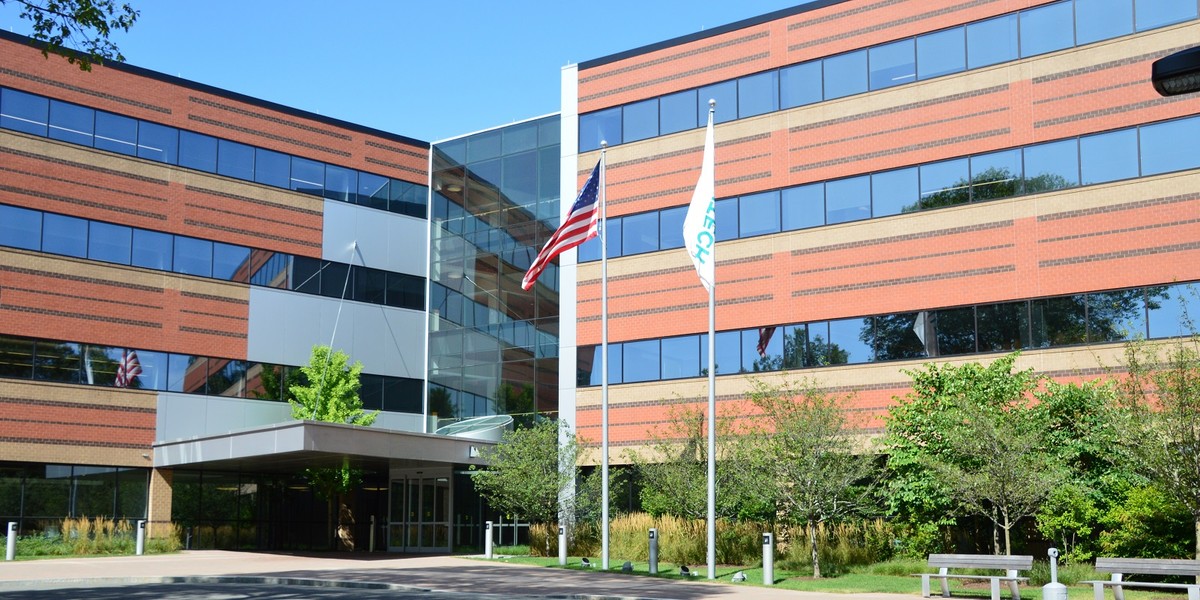 Meditech Foxborough Office and Conference Center is a four-story structure located in Foxborough, MA that is home to MEDITECH. The project consisted of the complete renovation of an existing structure that had not been occupied in years. The intent was to accommodate a new office space and conference center that included an auditorium and banquet hall to be used for new product introduction, training sessions and other corporate gatherings. The renovation of the existing structure included the significant removal of an existing elevated concrete floor slab and existing steel columns to make way for a new two-story, 568-seat auditorium with a center stage area. This auditorium was to be constructed using cold-formed steel framing as the primary structural system.

The auditorium portion of this project was made unique by its elliptical shape, the integration of five separate plenum zones beneath the seating surface, the presence of several rooms that were to be built into the underside of the auditorium seating and the precise coordination between the framing members and the theater seating units which functioned to facilitate air flow from the plenum zones into the auditorium space through each pedestal.